Wednesday was Independence Day in Israel.  For a country that started out with everything and everyone against it, it certainly did quite well and, contrary to what some like to think, will likely continue to last as a sovereign and real nation. 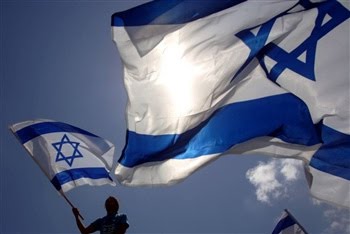 Yet in any independence day narrative, there is always another side.  For those who sought to liberate themselves from a colonizer or from “the home country”, it’s a given that the losing side eventually went home and tended to their own domestic boarders.

However, for those who were never colonizers–those who were born in a land and always identified with where and who they grew up with –then an independence day can be confusing, especially if your neighbors suddenly call themselves the originals and push you out.

It’s worth pointing out that this is the story of many countries, notably the United States, India and Pakistan, Ireland, Bosnia & Herzegovina, Serbia, South Africa, Zimbabwe, Algeria, and East Timor, not just Israel.  It’s also worth pointing out that while each country dealt with “the others” in different ways, none of their methods would be condoned by many in the international community.  More importantly, the ways in which each country still struggles with the aftershocks and other narratives of their independence day, sometimes hundreds of years after the fact, shows just how tenuous those official narratives are.

It’s this quality that throws a wrench into any official national celebrations; by officially discrediting all non-traditional and non-sanctioned stories, it sends a signal to those who do believe in these other narratives that their version–and by extension, they, the believers–are not important.  That they are not worth sanctioning.

And, under current Israeli law, they are a threat to the state.

Even Democracies Are Not Safe From Censorship

Last year, the Israeli Knesset pass a bill that effectively criminalizes other, non-official narratives of Israeli Independence Day.  Dubbed “The Nakba bill”– from the Arabic “nakba” meaning “catastrophe” and “al-Nakba” meaning “the Catastrophe”, that is, Israeli Independence and the beginning of the Palestinian exile— it’s purpose is to prevent Israelis (Jewish, Arab, and Druze) from discussing and marking al-Nakba through the imposition of heavy fines.

“The re-worked version of the law would require the state to fine local authorities and other state-funded bodies for holding events marking Nakba (Arabic for catastrophe) Day on Independence Day, supporting armed resistance or racism against Israel, or desecrating the state flag or nation symbols.

According to the law, any state-funded body that sponsors such an event would be forced to pay three times its sponsorship cost in fines deducted from their operating budget. If the same body violates the law again in the ensuing two years, they will pay a double fine.”

Arguably, since state-funded bodies can also include those in academia, research, or the private sector who accept and receive funding for their research and work and not just political or human rights groups, this bill now exposes a broad swath of the Israeli public to potential penalties should they talk about al-Nakba.

It should be noted that the bill was sponsored by Knesset Member (MK) Alex Miller of the Yisrael Betenyu (“Israel is our Home”) party, a secular, ultra conservative party whose platform lists, among other things, that Israel must be a Jewish state with a single vision, not a pluralistic state with multiple narratives and histories.

It is also worth noting that in this 2011 interview with Haaretz’s Merev Michaeli, Miller first tries to say that the bill is really about allocating limited budget funds, then admits if it were up to him he would have declared any Nakba observance a crime.

But what about some of the language of the bill?  After all, that is where the Israeli government will turn to if and when it decides to prosecute anyone under it.

Certainly, there is a distinction made between simply talking about al-Nakba (presumably in private and without any organization involved) and public events.  Yet by grouping public events into the same category as “supporting armed resistance or racism against Israel” and “desecrating the state flag or nation symbols”, the bill (and by extension, the Israeli government that passed it) is saying to its citizens that it views public discussions and events the way it would other, more serious and potentially life threatening acts.  In effect, the bill says to all citizens that they will be seen as a national threat if they deviate from the sanctioned Independence Day narrative.

Tellingly enough, the impact of this law was felt during this year’s Independence Day when a number of Israeli citizens belonging to the non-profit group Zochrot –a group founded to raise awareness about al-Nakba in the Israeli consciousness— labeled sections of Tel Aviv with the names of pre-1948 Palestinian towns, villages, and roads.  This apparently, was interpreted as violating the Nakba law, since the labeling was seen as a public event.  According to the Jerusalem Post, those protesting their right to talk about al-Nakba were confronted by riot police and three were later arrested, though not after getting an earful from the crowd.

There has yet to be any mention of government funds linked to any of those involved in the al-Nakba remembrances.

Democracy = Everyone, Not Just Some

Citizens arresting other citizens for discussing and marking the past is not a good sign in a democracy.  Neither is a government that introduces legislation to criminalize the voices and history of its members.  The state of Israel –like many others around the world–needs to come to grips with its own history, which includes recognizing that actions have consequences, and that perspectives differ.  It’s one of the realities, as well as a responsibility, of living in a democratic country.   Otherwise, who is going to stand up for your voice?  Who is going to say that you matter? That you indeed, are independent?

With everything else going on in the region, it would be easy for Israelis to turn their attention elsewhere and let the Nakba law stand with little fuss.  Yet if they are trying to convince other nations that they should continue to receive the aid, assistance, and warm diplomatic relations, they need to start paying heed to those internal forces who want to deny the benefits of living in a democracy to its own citizens.

Otherwise, they could be on the receiving end of a diplomatic cold shoulder, which might do more to darken a shadow over next year’s Independence Day celebrations than any Nakba conversation.

One thought on “Israeli Independence Day, Al-Nakba, and the Politics of Free Speech”

Who is A.L. Castonguay?

A.L. Castonguay is a historian who seeks to help others understand the world we live in. Due to the interdisciplinary nature of her background, she can move comfortably between disparate ideas and topics, pulling out the threads that connect them together to illuminate new perspectives often missing from the larger conversation.

She's currently a Fulbright Research Scholar and Social Science Research Council Fellow in Morocco, and a PhD Candidate in Medieval History and Islamic Studies at the University of Notre Dame, IN.

My Tweets
My Tweets